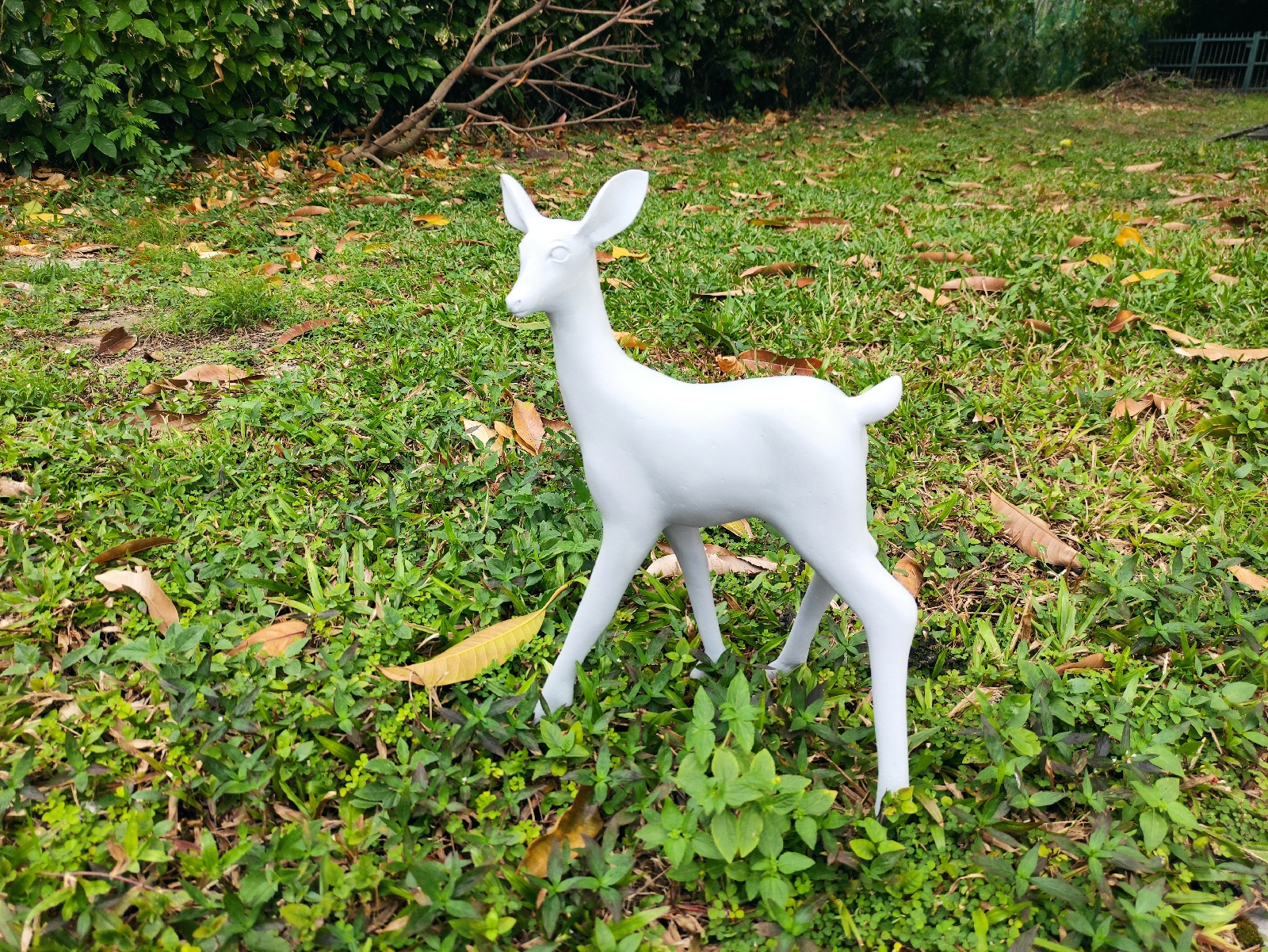 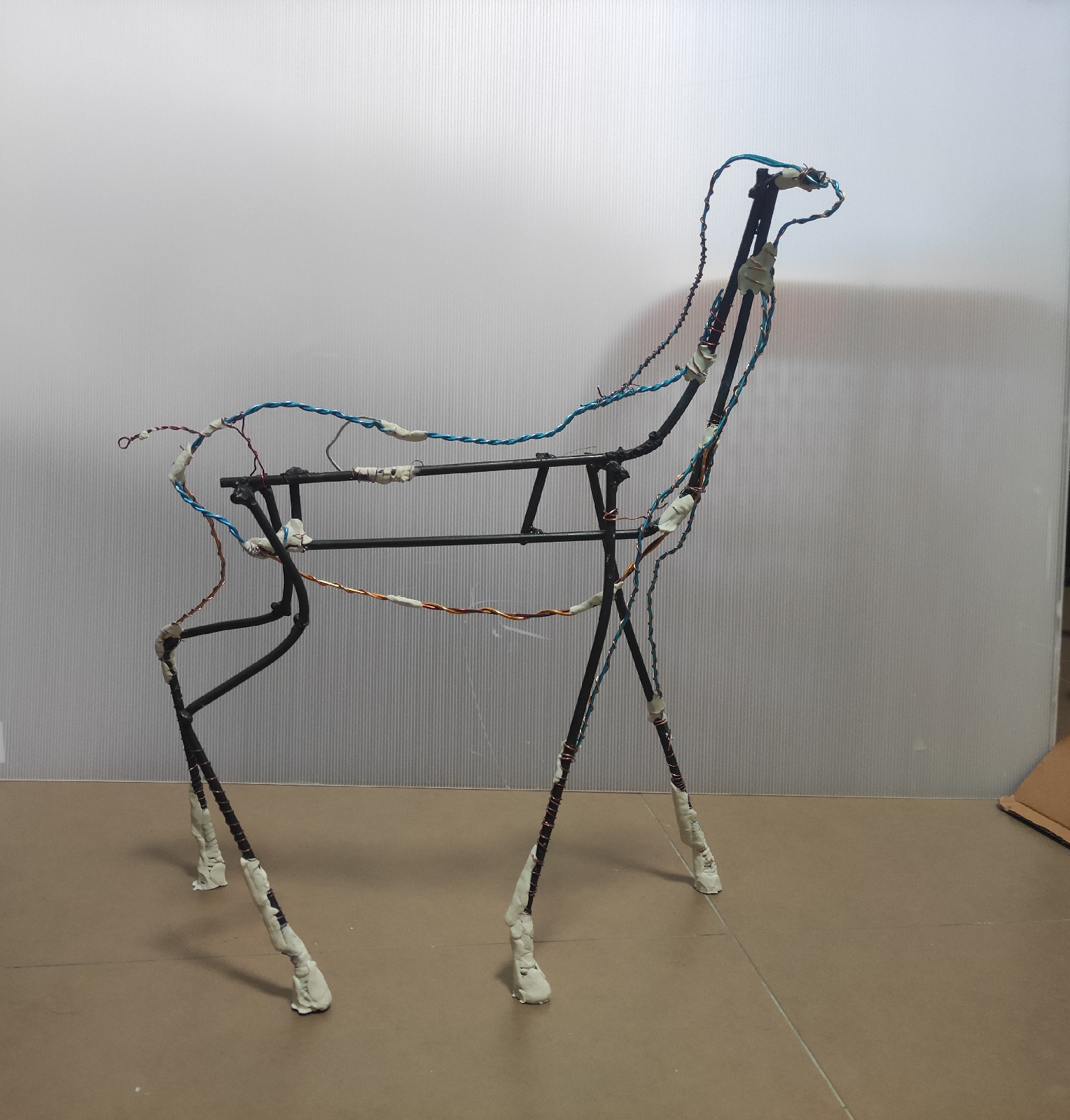 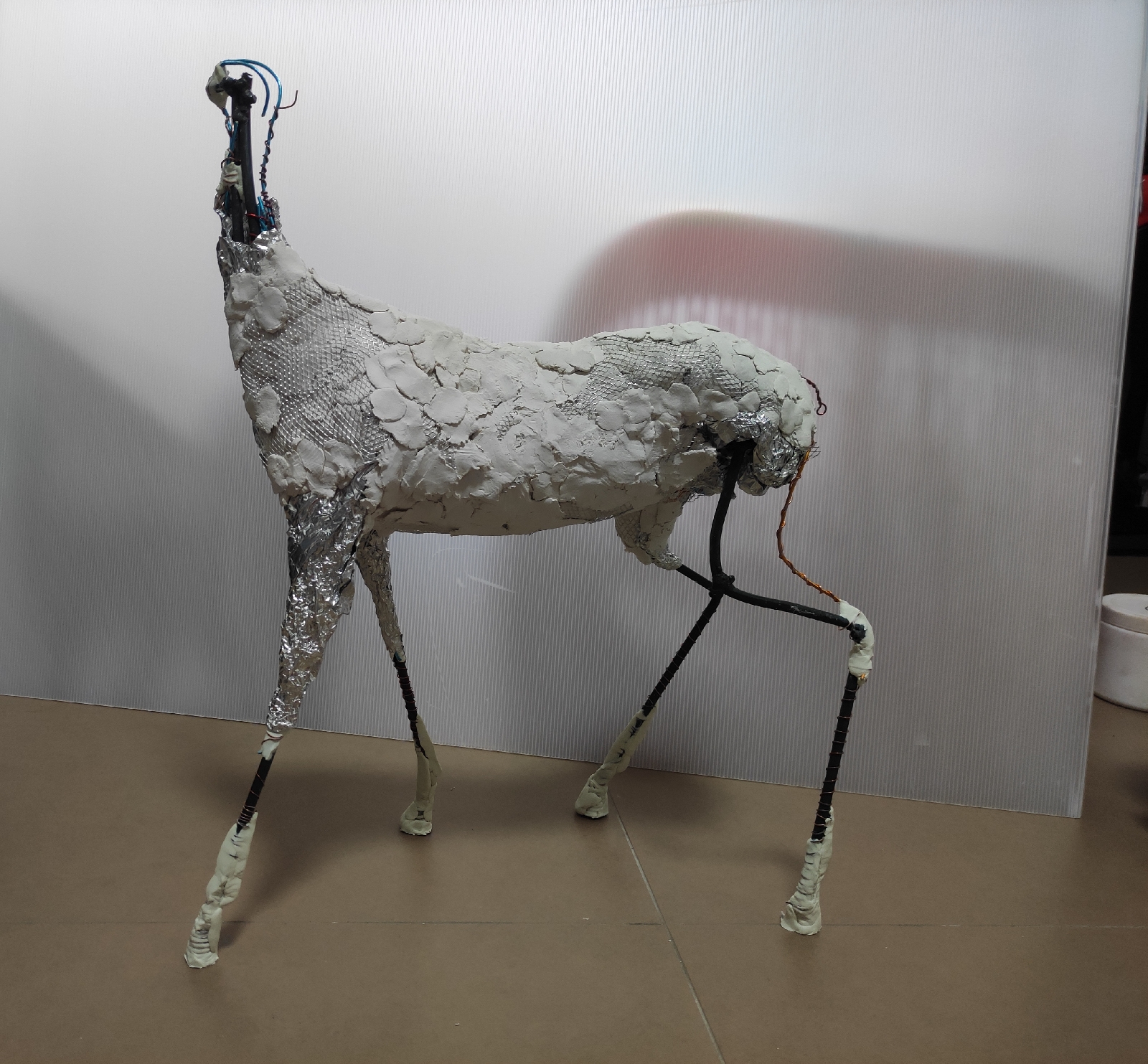 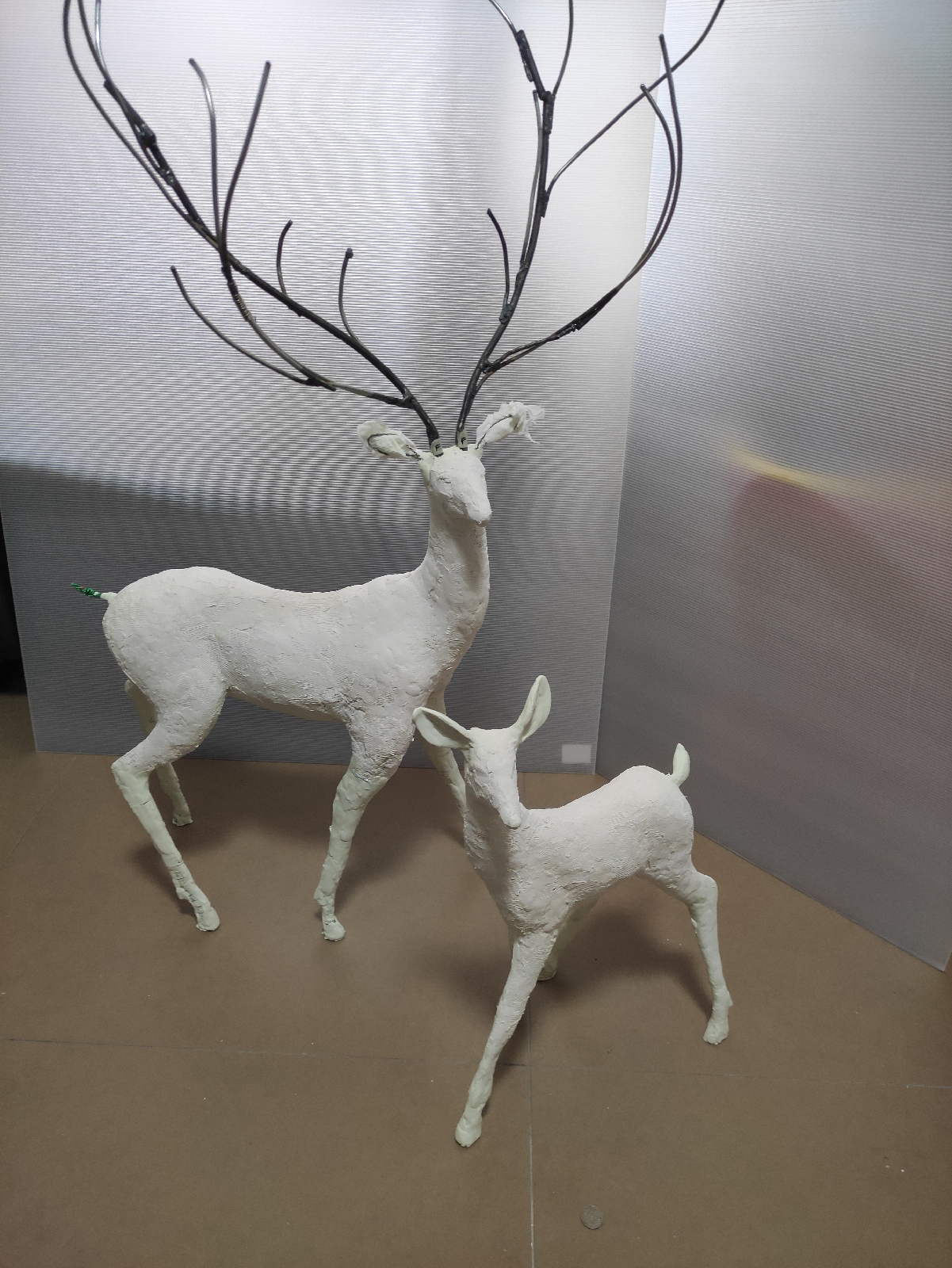 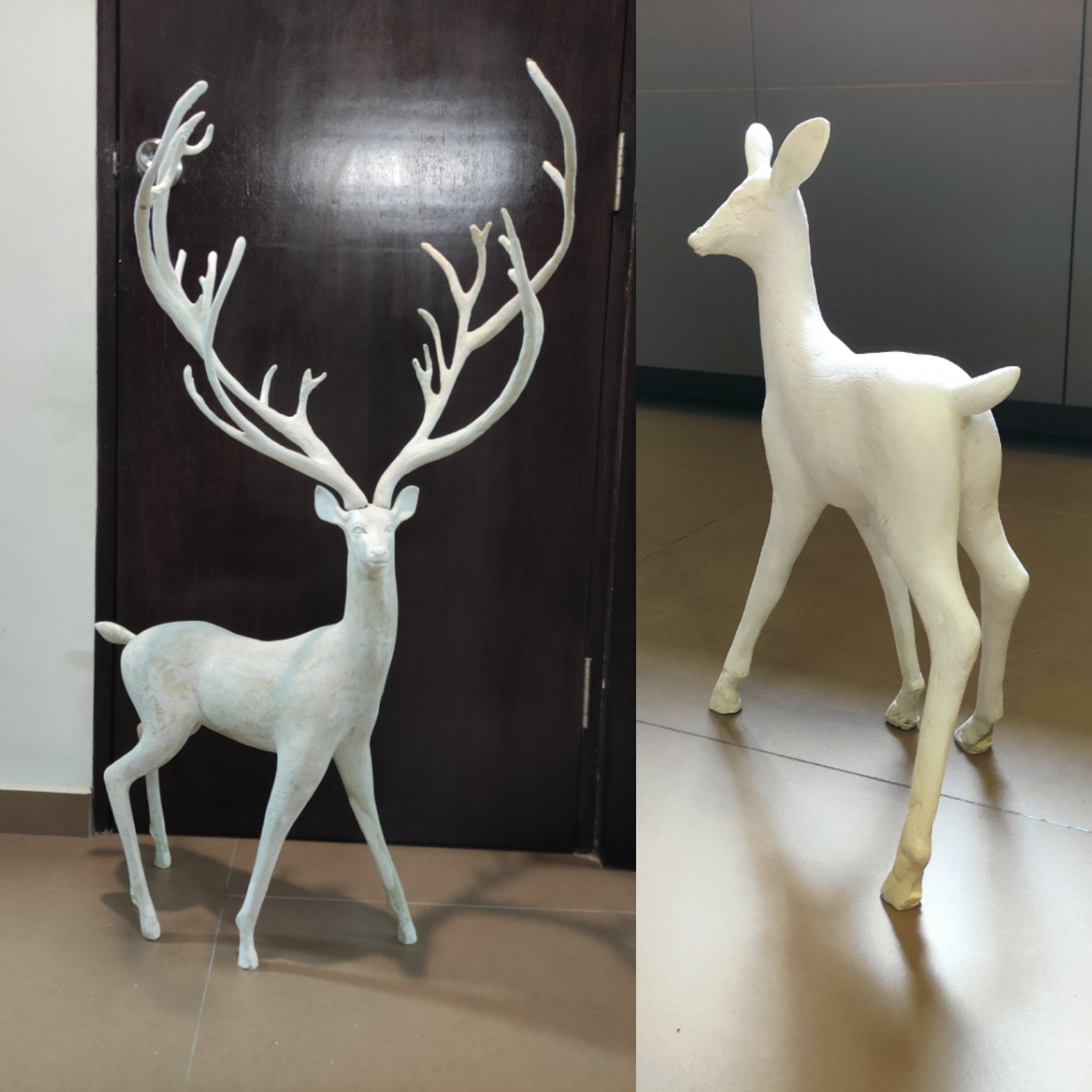 Surfaces finished and painted with primer. 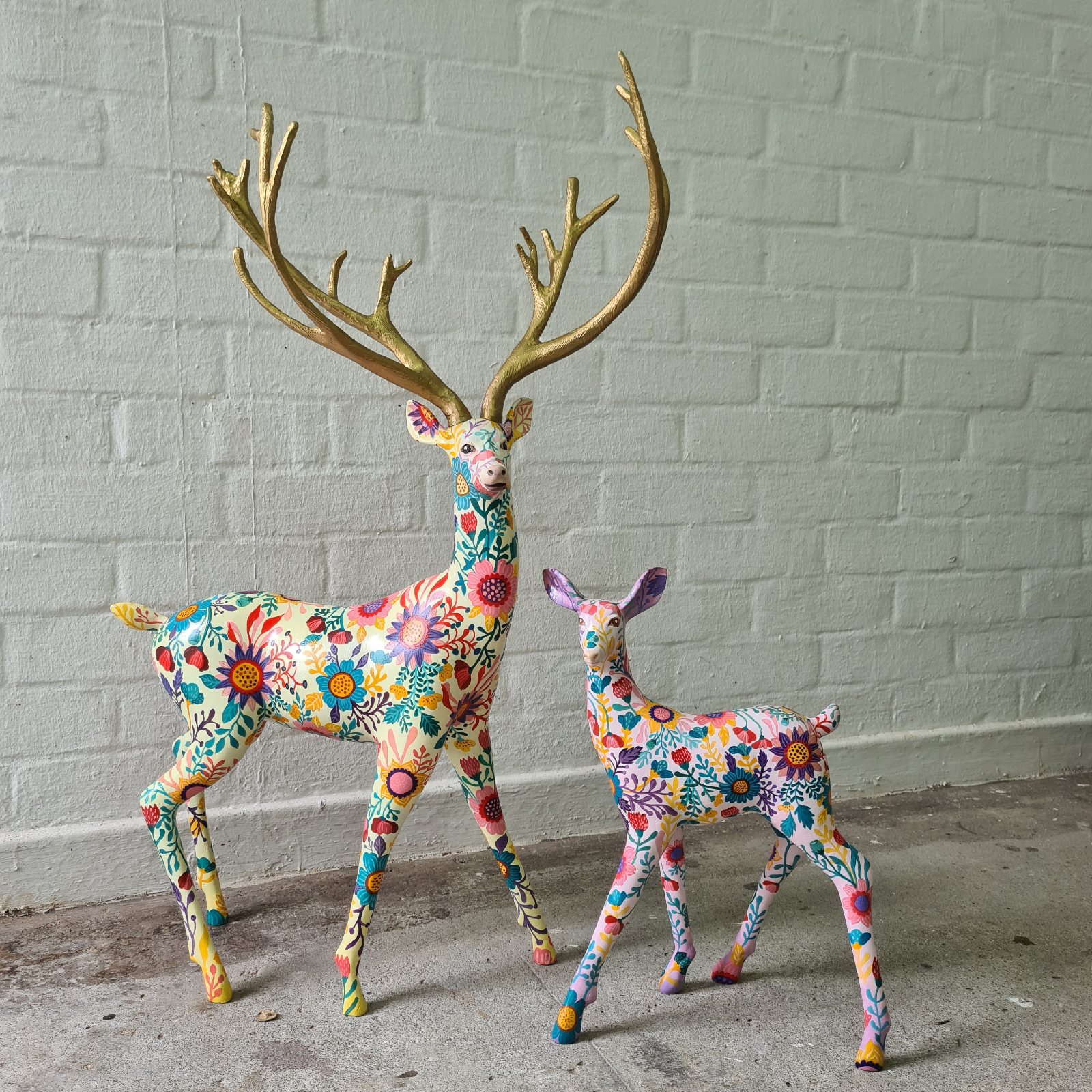 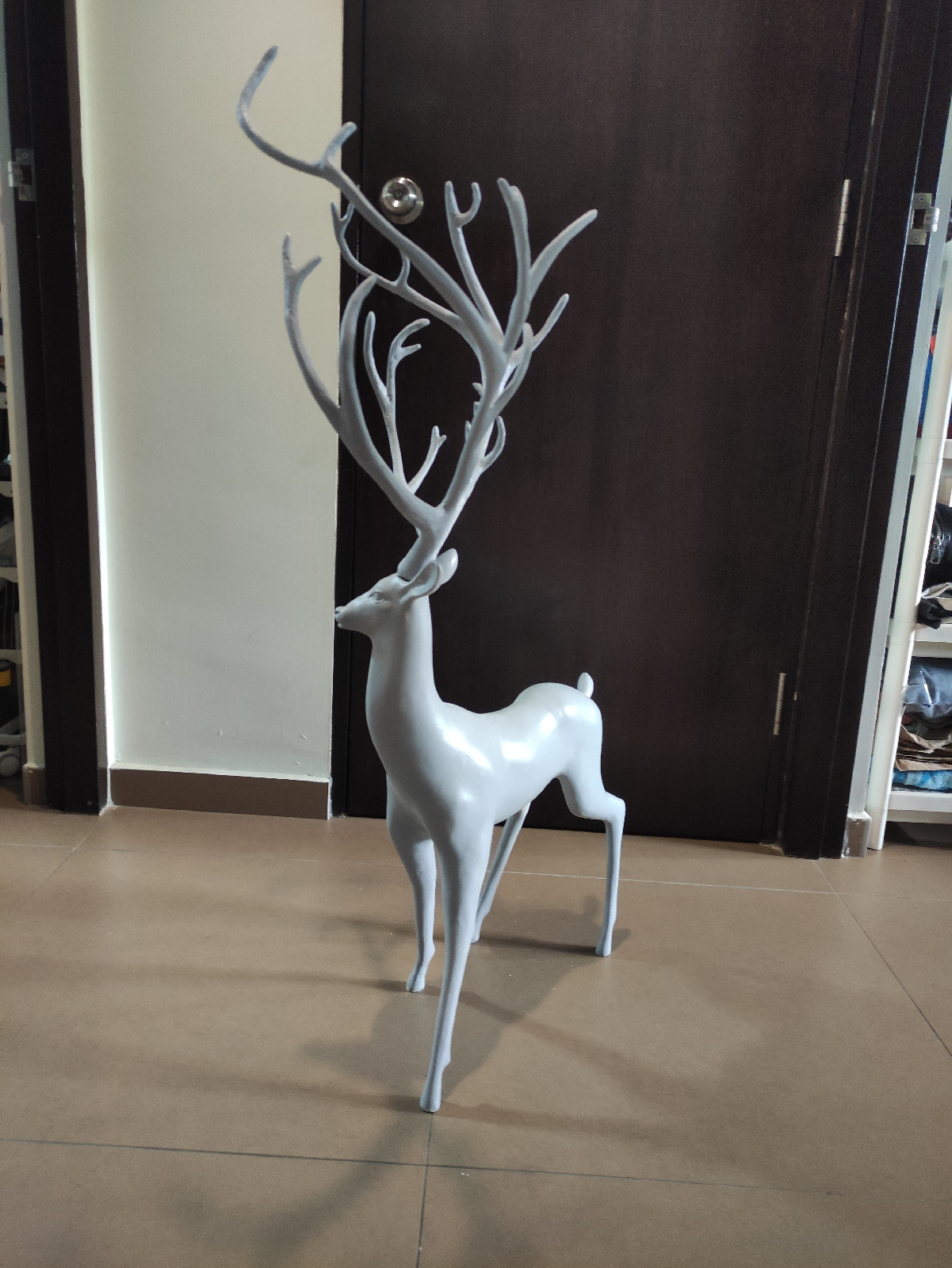 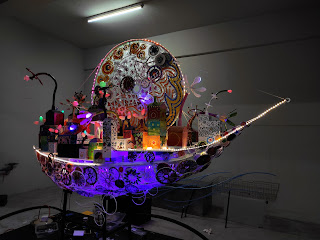 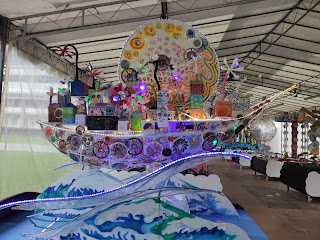 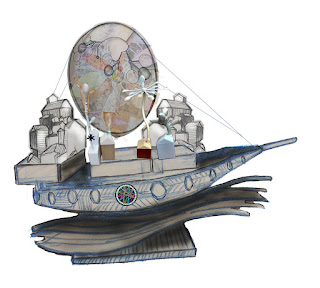 The 3D installation is an artistic form of a sailing boat cruising through the stormy waters. On the deck are houses created by the CCK GRC residents through a series of community engagement workshops co created with the artist. Every house has a uniquely created flowering plant growing above its roof. The boat design is inspired from the Singapore two-dollar boat series design. The sculpture symbolizing our resilience towards the crisis and striving in creating individual homes with work, life, and play.

Posted by swee siong at 9:18 PM No comments: 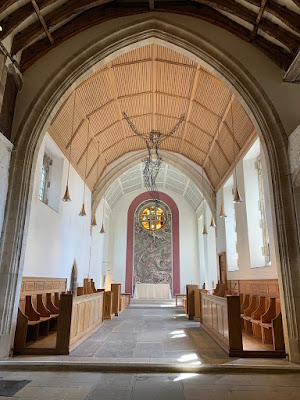 Until the Reformation, the entrance to the chancel of St Woolos’ Church, Newport, like thousands of other churches across the country, was dominated by a wooden screen carrying a more-or-less life-size crucifix, probably with figures of the Virgin Mary and St John, one on either side.  The Old English word for such a cross was ‘rood’ and the screen on which it stood was called the ‘rood screen’.  (The word survives in the name ‘Holyrood House’, the site of a former monastery, in Edinburgh.)  The figure of Christ crucified was the ever-present, visible reminder of the central reality of the Christian Faith. The Reformation saw the destruction of most such images though many of the screens have survived in English churches (e.g. Westminster Abbey, Canterbury Cathedral, York Minster, etc.)  In St Woolos’ Cathedral, on the north wall, by the chancel arch we still have the medieval doorway onto the long-vanished rood screen.

Newport Cathedral is the latest Cathedral in these islands to erect a new Rood as a visible reminder of the Crucified Christ as the central reality to which the Christian Faith and the Christian Church bear witness.  Other cathedrals have done this in the past century or so, e.g. Peterborough, Wells, Brecon and, only recently, Lichfield.  When I proposed the possibility of our new rood I pointed out that the Cathedral contained no significant images showing what the Cathedral stood for.  Many great churches have stained glass or other representations of the Mysteries of the Faith but Newport Cathedral boasted little or nothing.  I was told that the PCC had long ago pondered this fact.

I began to wonder what would people think when, in say 50 years, they come inside the Cathedral.  Many other churches might well have closed by then.  What – if anything - would St Woolos’ Cathedral tell them about its reason for existing and the nature of the Faith for which it stands?  Perhaps it would just tell them that it was old and rather beautiful.  That is clearly not enough.  As I considered the interior space of the Cathedral with Mr Alban Caroe’s fine, modern chancel arch and the adjacent medieval door, high in the wall, I wondered whether perhaps we needed a new, hanging rood, to replace the lost medieval one and to bring back into the heart of the Cathedral a representation of what this church and the Christian Faith are all about.  For a couple of years I thought that perhaps we should get Cristi Paslaru to paint for us one of his wonderful icons, this time, a huge crucifix.  He has done several specatcular ones and would, of course, personalise the design for this location.  I knew that the varuous authorities would balk at another icon and I also realised that it would entirely dominate the simple grandeur of the Cathedral interior.  That didn’t feel quite right since the altar is the principal focus and nothing should divert from that.  (A Cathedral is not an art gallery.  The art is there to enhance the point and purpose of the place not to overthrow or usurp it.)

Thanks so the generosity of an anonymous donor, the new figure of the Crucified Christ now hangs in the great chancel arch, adjacent to the medieval rood door.  It is the work of Singaporean artist Mr. Tay Swee Siong and is his third such figure.  The first is in the house of my friends, the Redemptorist Fathers, on Nallur Road, Singapore.   I saw it when staying there with them in 2016 .  The other is in the garden of the city’s Catholic Cathedral of the Good Shepherd.  As I travelled back through Singapore on my way home from visiting family in New Zealand, I realised that this figure was the answer to my notions about a new, hanging rood, for St Woolos’.  It would clearly make its point but it would not dominate.

The Newport figure is the largest of the three being some eight feet in length.  The figure is crafted in steel wire, each piece being cut and welded into place as the figure takes shape through the creative eye and imagination of the artist.  When the figure is finished to the satisfaction of the artist, it is powder-coated in black and three large nails are added to complete it.  Whilst Swee Siong’s artistic instinct was at every point the determinative, creative force behind this work, Redemptorist Father, Vincent Low CSSR, provided a point of reference for the artist and a watching brief on my behalf.  I received updates of progress as the figure began to take shape in Singapore.  Once completed, the piiee was professionally packed in crate constructed of recycled, reinforced cardboard and shipped to Southampton.  It arrived at the Cathedral in Holy Week and was carefully manoeuvred inside to await installation once social distancing regulations made that possible.  The proportions having been calculated in relation to the chancel arch, installation was simply a matter of judging the height at which it should be hung.  It is suspended on fine steel wire such that it seems to hang invisibly in the air.

I have deliberately avoided any artistic interpretation of the Rood since I am hoping people will have a chance to see it for themselves.  I hope to write again when there has been time to live with this figure and to become acquainted with it.  I should end by saying that I believe it will entrance and engage those who see it, with open hearts (necessary to appreciate any art), drawing them to understand the centrality, for this holy place, of God’s love in the self-giving life and death of Jesus Christ.

Posted by swee siong at 9:36 PM No comments: 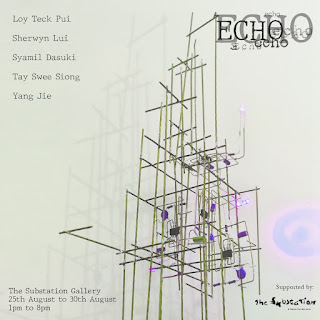 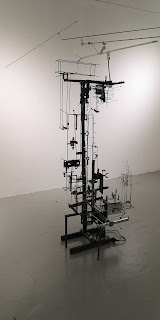 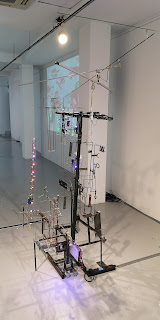 The sculpture is an incomplete assemblage made from torn-out parts, trimmed off scraps presented in scuffs of  raw metal finish.

The sculpture is inspired by Deleuze’s notion of the Rhizome. It is a multiplicity of parts connected by dependent nodes in their ends, being  scaffold with structures leaning and coupling each other.

It is a network of machines living in a world of their free will actions but bound by a stream of routine codes and programs. They are created to feel their surroundings wondering for their freedom yet restraining to obey their limitations. The collectiveness is a controlled order, lingering for a chaotic individuality.

Posted by swee siong at 5:33 AM No comments: 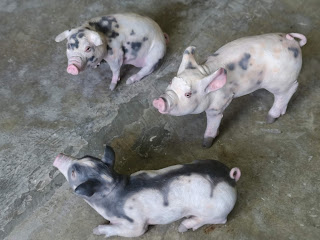 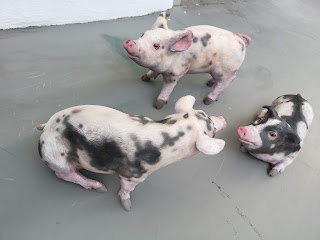 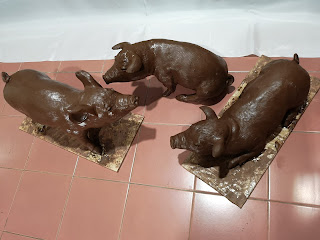 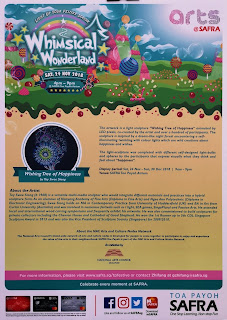 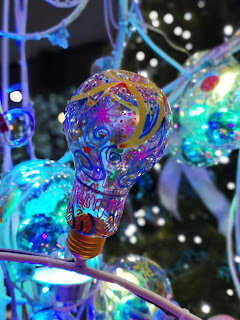 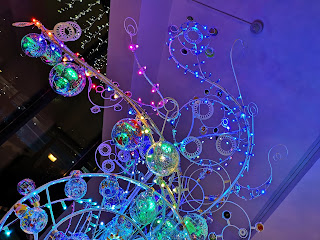 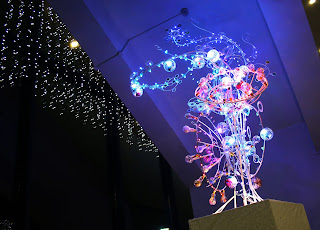 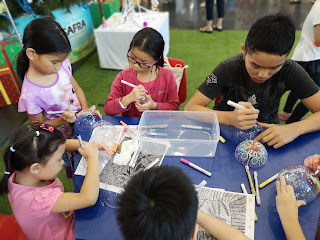 Posted by swee siong at 4:36 PM No comments:

“Awakened by the Dancing Souls" at Ground Up Initiative 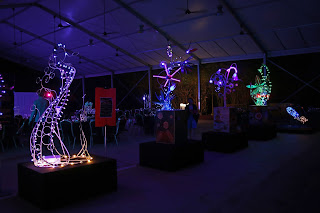 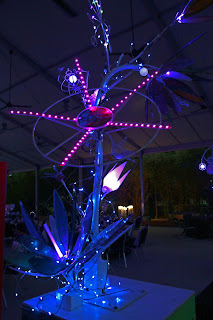 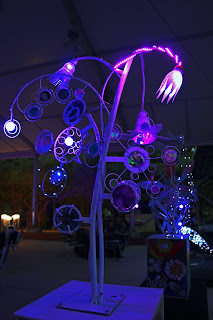 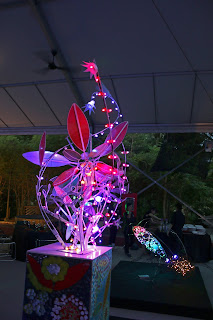 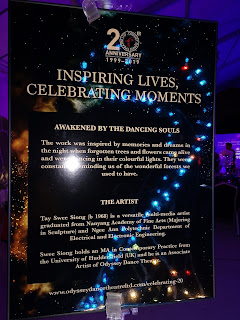 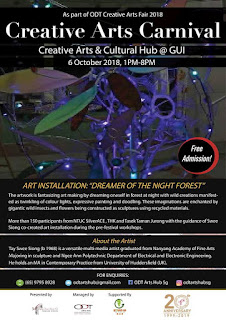 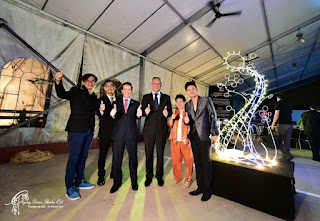 Posted by swee siong at 7:13 AM No comments: