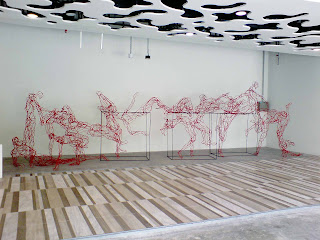 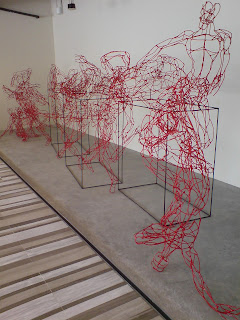 This is a series of wire sculpture that represents the wire armature frameworks of human sculptural forms. The human forms are entangled into a sequential totality of abstract forms, drawing themselves three dimensional. As they objectified themselves into the oblique and tectonic planes, they attract the eye to look for organic anatomy of the human muscular bodies. The sculptor tries to suggest the chaotic disarray of human beings by exerting in spatial tension. While bending the wires in skewing human proportions, it vaguely signifies his unease skepticism in human’s struggle for its survival.